I can vividly remember learning about Bitcoin for the first time. It had become just popular enough to reach my bubble of the Internet. Like many others, it was first presented to me with the typical gloom and austere that a plague primed to unleash a hoard of criminal boogeymen across the globe should carry. Also similar to the experience of many others, I felt a “click” with each idea I read, and each dismissive criticism I heard rebutted. This was not a byproduct of the short-life high-noise startup scene that had been running rampant, I thought, this was different.

I was well under 18 years old at this point in my life. Being young, enthusiastic about technology, and living during a time in which the medium of exchange was aggressively becoming the internet, made it hard to participate in the world. This struggled persisted long before I found Bitcoin. I had two PayPal accounts that I bought with pre-paid credit cards shut down due to my age. As I was too young to have a credit card, I was constantly buying gift cards and the alike at brick and mortar stores just to participate in the Internet economy.

There are two different general target groups that people associate with Bitcoin. The first is someone who is living under an oppressive government and is concerned with life or death, not inconvenience or luxury. This description doesn’t come close to describing me at the time. Often people delve into the habit of building up an image of this oppressed person in their head, and then in turn work on Bitcoin to oh-so-virtuously free this person from their shackles. It’s easy to do when we are countries or even oceans away, and their daily life consists of realities we have never been forced to be cognizant of let alone contend with.

For example, the past couple of years there has been an obsession with making Venezuela Bitcoin’s case study in achieving freedom. This goal, in and of itself, is great and well intended I am sure. Venezuela: a country so badly ransacked by socialism and the pursuit it entails that its people are fleeing en mass, starving to death in literal bread lines, and making fashion accessories from their fiat bills. An eccentric country with a rock-solid economy saw its ambitious goals lapse as socialism was implemented. In 2018 Venezuela’s inflation rate reached 1,000,000% and is expected to reach 10,000,000% in 2019. Yes, that’s right. Count the zeros. When you superimpose Venezuela on top of the ideas of Bitcoin, aspirations perhaps just as ambitious but actively inverse in its ultimate goals, this rightfully draws up some powerful symbolism.

The people that clung to this mission of grandeur and altruism got lost in it. They were so excited to free Venezuelans with a set of ideas that had yet to prove themselves to the greater public and that this was the critical mass in showing the world that these ideas undeniably work. The dry reality overlooked is a simple fact; Venezuelan’s do not use technology like the western world. If I saw someone walking with a so-called “dumb phone” it would strike me as weird. In Venezuela it is commonplace. To get a deeper insight into these suspicions of mine I reached out to a contact that lived in Venezuela but, like 1 million other Venezuelans, fled the country to Colombia as conditions worsened. 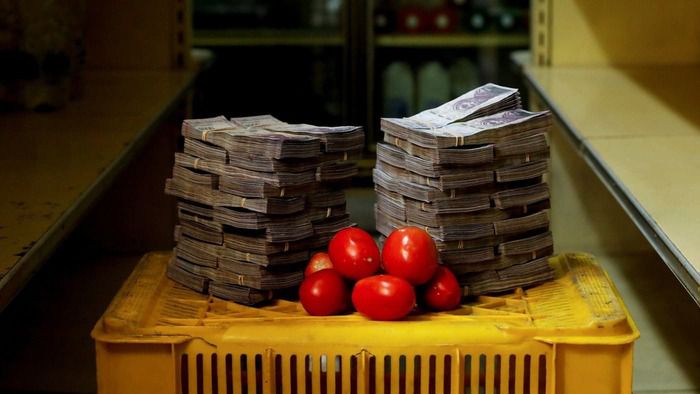 He told me that “People don’t like having [smartphones] because it gets stolen anyway” and that “I would say that the average Venezuelan is not tech-savvy enough” to see mass adoption of Bitcoin. He clarified, “I wouldn’t say tech illiterate, but they have very very very basic knowledge” saying that only around 30-40ish percent of Venezuelans have the phone needed to run Bitcoin wallets in his estimation.

Furthermore, he said he had his phone stolen three times in a single year and described the seldom talked about phone theft epidemic in Venezuela.

“It’s super super common, probably the most common kind of petty crime… or petty-ish if you don’t take into consideration there are people who get killed because someone wants to steal their phone”

This is merely one example of starry-eyed ambition turning into naive adoption efforts within the Bitcoin community. While I did not experience the atrocities of the Venezuelan government, that doesn’t mean Bitcoin’s inherent utility wasn’t apparent to me and many others included in a second but often forgotten about target group. I became intensely curious about Bitcoin and bought some. Although merchant adoption was limited, I realized that I could actually buy stuff with this magical Internet coin I was learning about. This was revolutionary.

The first time I used Bitcoin was magical. I experienced it raw and up close as it took mere seconds and an insignificant fee for my 0-conf transaction to be accepted. I knew that this was the future at this moment. Not just for people living under tyrannical dictators, but for every single person living on our planet. Most people who can have their life enhanced by Bitcoin don’t even know it yet, but that’s not because they are too dumb or old-fashioned. Technology that obliterates paradigms is accepted quickly by people because humans naturally understand utility. So why isn’t Bitcoin adopted globally?

Looking back at my first Bitcoin experience no longer makes me nostalgic but rather I feel disgusted at what the community has spiraled down into. Those non-existence fees that left me awestruck? Oh, they were $50 when Bitcoin was seeing unprecedented attention in December 2017. And the instant transaction that was provided with 0-conf? Now we have RBF and hour-long wait times. Admittedly, Bitcoin still retains the permissionless design that blew all my previous interactions with Internet fiat out of the water, but KYC/AML is creeping in fast. Being non-fiat is not and never has been enough for Bitcoin to achieve global adoption.

I now realize that Bitcoin is dumb. If my overwhelmingly positive initial experiences are overcome by what Bitcoin has become, it has no chance with the average person. We should be asking ourselves, how many more years? Within 3 months of the first generation iPhone being released, it was purchased over 1 million times. It’s been 10 years since Satoshi Nakamoto released Bitcoin, so we should start seriously assessing the functional use of Bitcoin outside of niche communities of nerds on the Internet.

There seems to be a strange desire from people like the folks behind Bitcoin SV and even Bitcoin Cash to not deviate from the original whitepaper. Every single time a proposal is introduced to implement new technology in a cryptocurrency, one must overcome this Satoshi absolutism. If Apple refused to change its technology after Steve Jobs died, they would not have survived let alone become the most valuable company in the world.

If cryptocurrency wants to transcend its messy user experience we must all return our focus to utility and nothing else. The user cares very little about anything else and certainly would rather have a better product to use rather than a product that more stringently adheres to a 10-year-old whitepaper. The pipe dreams need to be ditched for meaningful adoption for everyone, not just flashy adoption that will stagnate Bitcoin even further in the eyes of a public whose perception is forever tarnished by the December 2017 failure of Bitcoin.