Capitalism is an economic system in which a country’s trade and industry are controlled by private owners for profit, rather than by the state. More specifically, capitalism is the free and voluntary exchange of goods and services.

Before the implementation of money, the differences between people was a matter of Nature or God. Some, by their own free will or by location, had more than others and created more than others. Some are stronger, some are smarter, some are more intelligent, some are better looking, some need less, some utilize what they have better, etc. It is the very nature of being human that we have differences between us before ever even initiating money or property, i.e. capital, into the equation. This is most likely why Marx and Engles do not provide an origin of ‘property’ or ‘property rights’ because to take away what is someone else’s is unjust and immoral, as well as least pragmatic or least utilitarian.

Prior to the introduction of capitalism in the world, much fewer people had wealth, and all struggled to get by aside from those wealthy few. A world GINI coefficient would clearly show a lopsided distribution of wealth, in the words of Communists and Socialists, and provide evidence of the daily struggles once suffered while unknown in most parts of the world today. 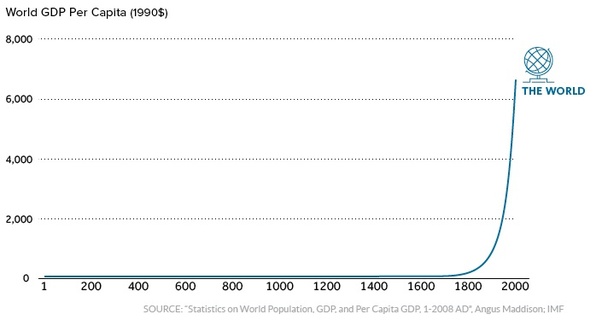 We live far better lives today thanks to capitalism. Abject poverty since the implementation of capitalism in the world, especially after 1980, is nearing its very end. Prior to capitalism, people had to work longer hours, work harder, children worked more, and people married for practical reasons more than for love. It can be easily and confidently declared that capitalism made way for more love and individualism, simultaneously, more than any other approach prior. 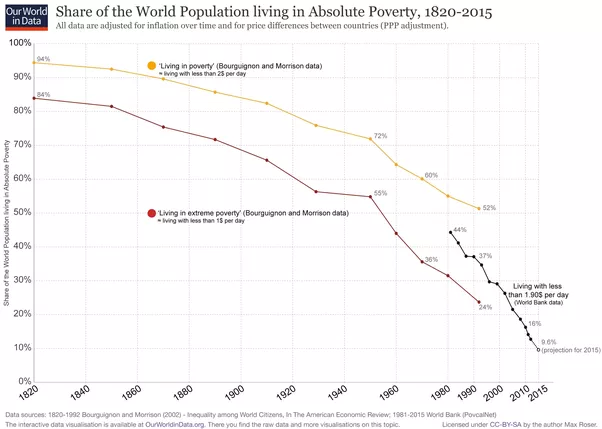 Actual Capitalism does not infringe on the rights of others, because the philosophy of it is based on free and voluntary exchange. Typically, this also implies that there is a legal system that ensures the negative Liberties, Natural Rights, of everyone. Some economists and philosophers differ on the need of a State in order for capitalism to exist.

What most people criticize as being ‘capitalism’ today, as many Communists and Socialists have espoused, is in fact NOT CAPITALISM. A State that allows the infringement of rights while protecting a company that wishes to exploit is CRONYISM, or CRONY CAPITALISM, not capitalism itself.

Remember, government, by its definition, has the sole monopoly on coercion and initiation of force. A coercive monopoly, crony capitalism, coercion through labor unions, involuntary redistribution, taxes, etc. are only continually possible through a government, not a free and voluntary market.

Envy, jealousy, theft, coerced redistribution schemes through government, etc. are what keep people apart by force. Capitalism betters the lives of everyone in the end, generally speaking. In fact, this principle of capitalism that encourages free trade, as in laissez-faire capitalism, is one point that more economists agree on than anything else, no matter the economist’s political affiliation.

Capitalism has done more to unite people than divide them. The fact that we can sit here reading and writing on the internet in the middle of the day rather than hunting, farming, collecting water, or making things to live day-to-day, etc. attests to the benefits brought by capitalism. The fact that a writer such as Marx could have existed while freely and voluntarily living off the dime of Engels, a “bourgeoisie,” is further proof that capitalism has done more to unite us than divide us. Without capitalism, our focus and worry is more on the immediate rather than the philosophy brought on by leisure for the masses which is only a result of capitalism.

When people begin making copious amounts of money more than others, sure their status and quality of life differs than the layman, but the wealthy must still spend or store their money somewhere that benefits those in lesser positions. This is a key principle, as living in a wealthier society is far superior to that of living in one where only a few are wealthy. But if everyone is forced to be the same, nothing has the same worth as it does now. When everyone has the same wealth, the cost of things becomes more expensive, subjectively and comparably speaking. If all we looked at was the GINI of two countries in order to compare wealth distribution, we could compare Morocco and the US. I am confident that more people would rather live in the US than in Morocco, aside from political and social differences, and simply based on economic reasons for equality and unity. Nevertheless, the two countries have pretty similar distributions of income as seen below: 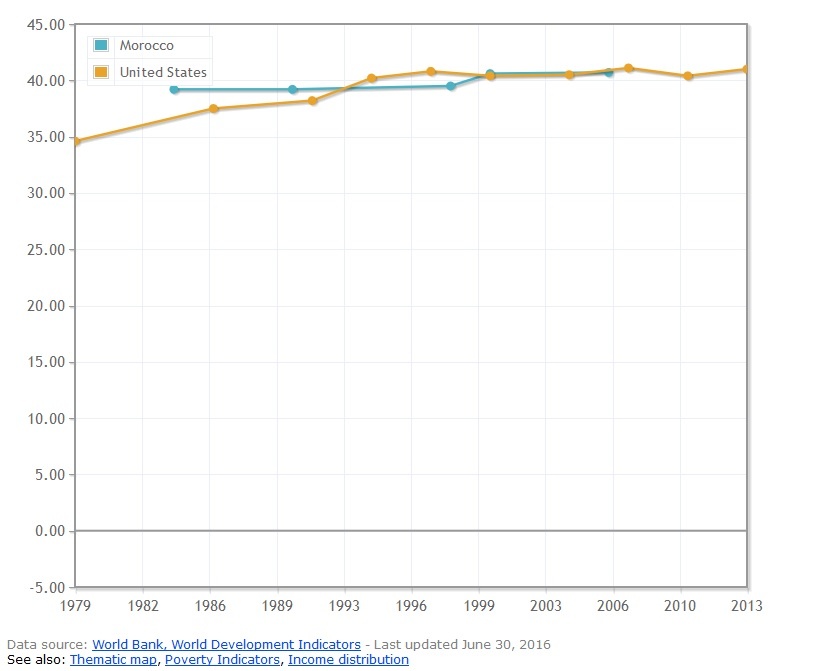 Or we can compare the US with the Czech Republic, where the average person makes more like that of their neighbor than in the US. 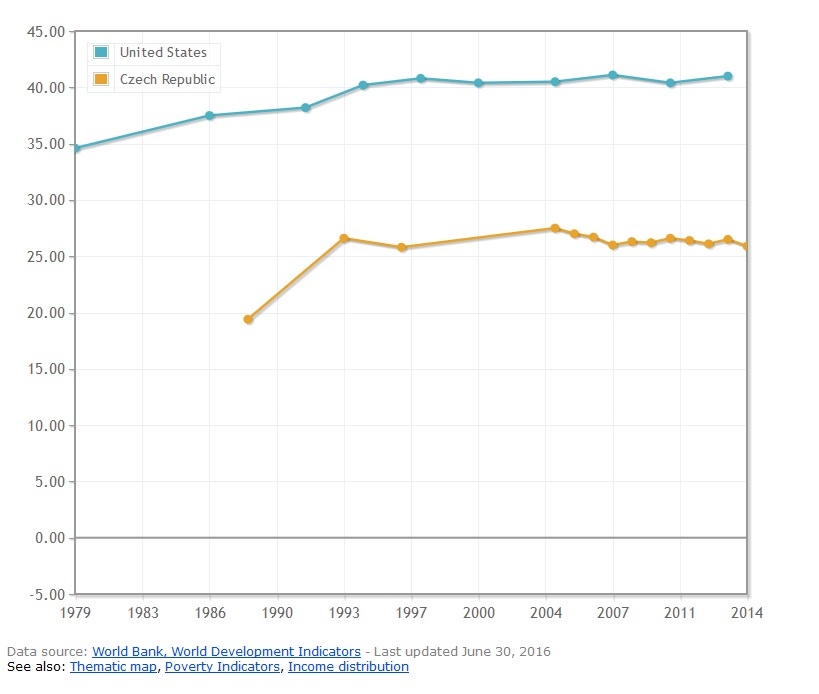 I can still confidently say that more people would rather live in the US than in the Czech Republic. Not only does this suggest that there is more to living a good life than the balanced distribution of wealth, but also that when we get closer to actual capitalism we live better lives.

I will admit that Socialism and Communism in their truest forms have never been successfully attempted. Likewise, Capitalism in its purest form has never been successfully attempted. However, the near-Capitalism has done more to help unify and better humankind more than near-Socialism or near-Communism. While, near-Communism and near-Socialism have done more to destroy and divide people than any other system, records that suggest close to 100,000,000 (one hundred million) deaths from the two.

Capitalism provides solutions for people, as there is an incentive to provide these solutions in the market, and working with the marketplace. Such things as technology, medicine, art, transportation, architecture, clothing, food, etc. all help to better our lives and unify us, while more competition drives down costs of production and makes things better for most if not all, in the immediate. Capitalism does more to unify us rather than divide us, while other systems, such as Communism or Socialism, do more to divide us.