Tuesday night, President Donald Trump gave his 2019 State of the Union address.  With the country’s partisan divide growing larger every day, there was no question Trump needed to bring Americans together over issues that we all agree that we should address. And boy, oh boy, did Trump deliver for not only himself but for his party.

There will always be some in the opposition that abstain from clapping during the mention of more right-wing policies. However, Alexandria Ocasio-Cortez is getting attention this morning for appearing unhappy with achievements that should make any freedom-loving American happy.

During the State of the Union

Pictures of a stoned-face Ocasio-Cortez started surfacing during the SOTU address. She seemed to be unmoved by a speech that has earned a 76% approval rating. Ratings like that show that even many Democrats approved of the president’s State of the Union. 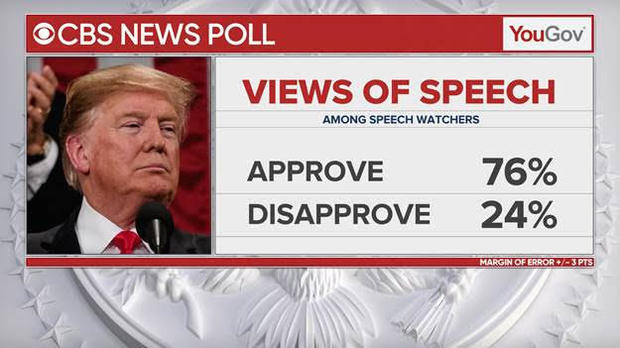 With such high approval ratings, it is clear Trump did something right last night. But apparently, Ocasio-Cortez did not think so. She appeared on Rachel Maddow shortly after with a friend claiming that “it was clear he did not do his homework,” insinuating that President Trump did not prepare for the State of the Union address. This claim is a little bizarre, seeing how Trump both had an extra two weeks to prepare thanks to Democrats blocking his speech and read a scripted speech. Let’s be honest, Donald Trump did not write that himself nor did he just prepare notes last-minute.

This was a very calculated and planned out speech to boost his approval ratings, and it looks like it will do that. Trump needed a boost in the eyes of independent voters and to narrow the partisan divide. It appears he accomplished both last night.

Since Ocasio-Cortez is Trump’s opposition, it is no surprise she would refrain from applauding at times. However, particular things she did not cheer for were shocking to many. During his speech, Trump made multiple comments about how unemployment is at an all-time low and that the economy is thriving. These remarks which got a rise out of both Democrats and Republicans, but not Ocasio-Cortez.

The most shocking moment for Alexandra Ocasio-Cortez came when she sat there stone-faced when Trump announced border patrols tackling the human trafficking problem at the border. This issue disproportionately affects women over men. One would think that a president making it a priority to combat human trafficking would be worth celebrating. But sadly, she sat there with the same discontent face she had on most of the night. Ocasio-Cortez continued to stay visually discontent throughout the speech, making no affirmative reactions during talks of programs that will help minorities and criminal justice reform, both issues that should be bipartisan.

Alexandria Ocasio-Cortez did stand up and clap once. This occurred when Trump mentioned how there are more women in Congress than ever before. While this is something to celebrate, it’s funny how Ocasio-Cortez only celebrates herself. Though it’s obvious she was out to make a statement, she appeared to not care about how the country is actually doing. She didn’t care about helping to repair the divide; her only concerns were for herself and her message while the president she calls divisive gave one of his most unifying speeches ever.