U.S. Senator and popular 2020 Democratic Nominee for President Bernie Sanders reopened the previously sealed can of worms: Medicare for all. On Wednesday, Sanders disclosed his plans to present Congress with a new and improved version of a highly controversial bill.

In an effort to keep healthcare the primary issue for the Presidential discourse, Sanders strategically waited until now to reveal this idea. With only two more months until the Democratic National Debates, Sanders is proving himself to bring change, rather than just talk the talk. In reality, the other politicians running for the position on the 2020 National stage are yet to push legislation to progress the country as they speak about. Sanders has quite an advantage in this situation. In the case of Andrew Yang, he has not had any Congressional experience, not being a career politician. As well as this, some candidates did not make any significant strides with their time in office, like Cory Booker.

By walking the walk in a significant way, Sanders distinguishes himself from the other 17 prominent nominees. Kristin Gillibrand, for example, has built her campaign on a variety of issues, rather than one protruding one. Beto O’Rourke, on the other hand, has modeled his campaign around immigration reform. In that very same way as Beto, Sanders proves to focus on Medicare for all above all.

Once passing the Democratic primary, Bernie Sanders plans to lead the progressive movement, and gain potential voters, voting from moderate standpoints. Much like Beto, again, the Republicans with Trump running for a second term plan to focus on immigration, rather than healthcare.

After the 2019 State of the Union, Pew Research conducted a poll to determine the largest national issues on public policy for the remaining year. 69% of people stated that health care costs should be a “top priority”, making it the second most important under the economy, which polled at 70%. Only 51% said the same about immigration, whereas Medicare itself polled at 67%. 77% of Democrats contributed towards health care costs 69% and 59% of Republicans following suit.

In a post-midterm poll, also run by Pew Research, the American public preferred the Democratic point of view to healthcare, rather than Republicans in a staggering 51%-28% difference. These previously stated healthcare polling numbers are, on average, 9% increases since the 2012 election of Barack Obama. Sanders hopes to ride this wave out to victory in 2020.

House Resolution 676 was first introduced in 2003 by former Michigan Representative John Conyers. This single-payer healthcare system would leave the United States government to fund the plan partly through taxes, ending the private-healthcare reign on the market. He modeled this after Canada’s very own Medicare program and Taiwan’s Bureau of National Health Insurance. At that time, it only had 25 cosponsors. This number grew to 49 in 2015, and 120 in October of 2017. This all occurred over the span of Conyers’ career. 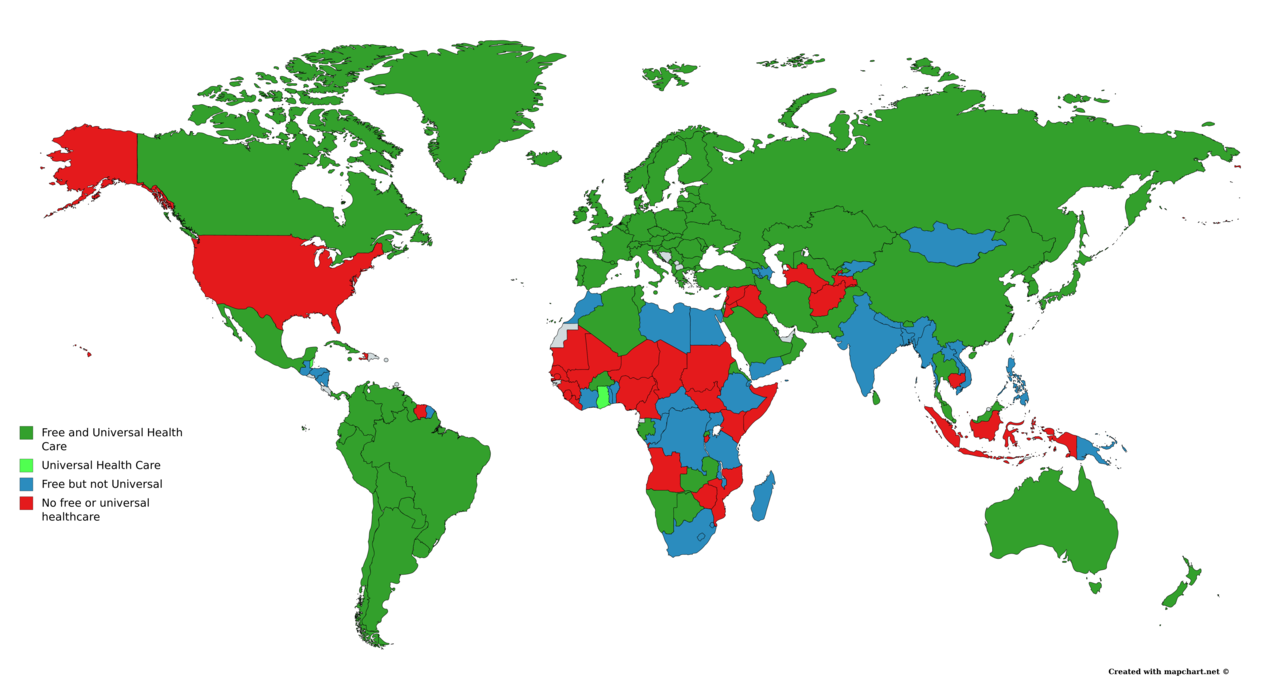 Conyers retired that very next November, leaving Bernie Sanders to pick up the pieces as the next most progressive healthcare advocate. H.R. 676 was renumbered in the 2019 Congressional Session, in a new act to prohibit the United States from withdrawing funds from the North Atlantic Treaty Organization (NATO). Following the retirement of Conyers, Sanders introduced Senate Bill 1804 to the 2017-2018 Congress. He gathered 14 Democratic Senators to cosponsor, but not enough to push it to a vote on the Senate floor. It was read twice, then turned down by the Committee of Finance.

The Current Medicare for All Bill

For the 2019-2020 session, Sanders plans to reintroduce S.B. 1804 to Congress, and lobby for more Senators to join him in the fight for national healthcare. Of the 14 who previously cosponsored the bill, four are competing against Sanders for the 2020 Democratic Nomination. Among these four are Kamala Harris, Elizabeth Warren, Cory Booker, and Kirsten Gillibrand.

Little details about the bill are known to the public, as there is no official copy of the text on the Congressional website. Furthermore, there has not been a CBO Cost Estimate noted on the bill’s page either. The essence of the bill is implied with a universal health care system. This would replace the privatized healthcare industry, which surpassed $4 trillion in yearly profit in 2017. It is now estimated at around $4.3 trillion. The Medicare bill would provide compensation for the healthcare companies for future years beyond the passing of this bill.

Moderate Democrats, such as Speaker of the House Nancy Pelosi, have disavowed proposals like this. In particular, she declared Medicare for all “too radical” for the current Democratic Party. The Republicans have amplified this, using the idea of a radical progressive alternative to the GOP as a stepping stone to winning elections in 2020. Bernie Sanders has attempted to refute these claims, saying that “Universal healthcare is a human right”.