‘Liberalism’ originally meant a system that recognizes the freedom of the individual while ‘liberating’ them from the chains that bind them. Modern liberalism has gone far past this idea of freeing the individual from systematic oppression to what we see as the tyranny of the majority found in democracy. Modern liberalism suggests that whatever the newest idea of oppression is, it should be fought against at all costs, even when the data and evidence does not hold up, such as “women make less than men,” “ban straws,” “force businesses to trade,” and almost every other idea that constantly changes on an almost monthly basis. This does not mean their intentions are bad, or that everyone who is a modern liberal is ignorant. Rather, it is of the Kantian philosophy that suggests a government should pursue what is deemed noble, no matter if the outcomes are constantly terrible and oppressive in their own right. Modern liberals are willing to advocate the oppression of one group in order to suffice the needs and wants of another group. This perpetuates votes and a false sense of confidence in order to gain votes.

These Aristotelian principles, along with the Non-Aggression Principle (or the Randian ‘Non-Initiation of Force’), and several other principles are what is core to libertarian values, and the principles of the Libertarian Party.

Libertarians recognize that every law established by a government is backed by the threat of force, while understanding non-compliance can escalate the violence up to the point of death. 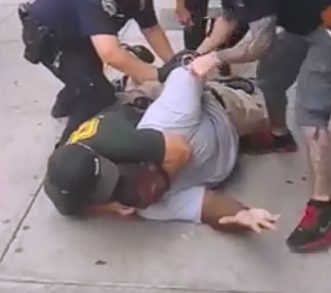 E.g. Eric Garner was killed by police because he was supposedly selling cigarettes on the streets of NYC, and he denied the allegations and was trying to talk to the police as they began arresting him. The officer was not charged, although choke-holds were also deemed ‘illegal’ for police officers to use on people.

Libertarians also realize that the freer people are, the more economic prosperity there is for the vast majority of people as opposed to other systems of governments and economics.