If often seems that our world is looking increasingly grim for those following the news. With the mostly negative news coverage and depressing headlines of our current affairs, it’s easy to be pessimistic. Pessimism of our modern society has come in the form of nihilism and the black pill meme. The black pill meme came from an offshoot of the meme inspired by the “red pill or blue pill” scene from the Matrix. The black pill encompasses a pessimistic attitude towards society, viewing it as beyond repair. Additionally, those who “take” the black pill are referred to as “Doomers” in internet circles. While the black pill is a pessimistic response in internet culture to society, a new meme makes an optimistic one: Clown World.

What is Clown World? 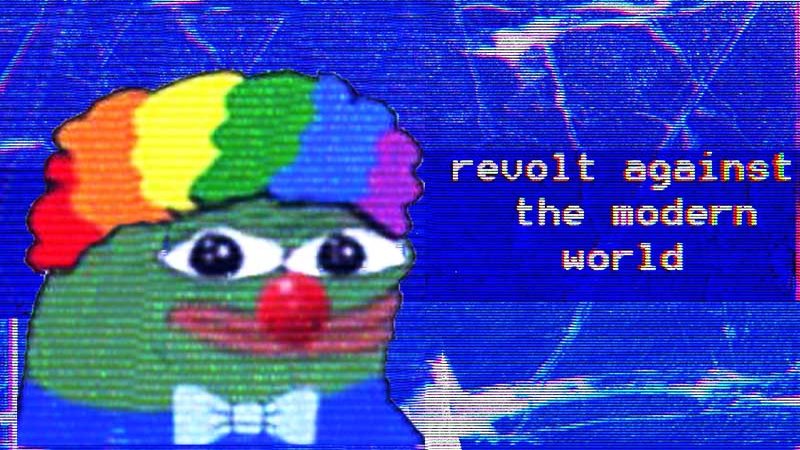 The meme itself originated on the website 4chan. Some users hoped that many may falsely associate it with white supremacy, as has happened with Pepe and other memes. Since then, it has blown up in popularity; some major conservative figures such as Paul Joseph Watson have commented on the meme. As 4chan intended, the meme has been labeled as a racist symbol. For example, the left-wing organization “Right Wing Watch” published an article on the subject. They labeled the meme a “racist symbol”.

White Supremacy or a Tool for Commentary?

While many would love for you to believe that memes such as Clown World and Pepe are racist hate symbols, it’s more complex than that. I do not condone any racist uses of the meme, but the mainstream media’s responses give 4chan exactly what they want. This is exactly what allows them to mock those who give it to them; the whole point of these memes is to make their political opponents look nonsensical. Anyone who falls for the bait lets 4chan succeed.

Instead of trying to label it as racist and trying to get rid of it, some spin it for their own agenda. This has created an effective tool in making policies from political opponents look ridiculous that can potentially change minds. If the mainstream doesn’t want to fall behind, they should stop labeling memes racist and instead try and use them for their own ends.

1 thought on “Clown World: Racist Meme or a Symbol of Protest?”